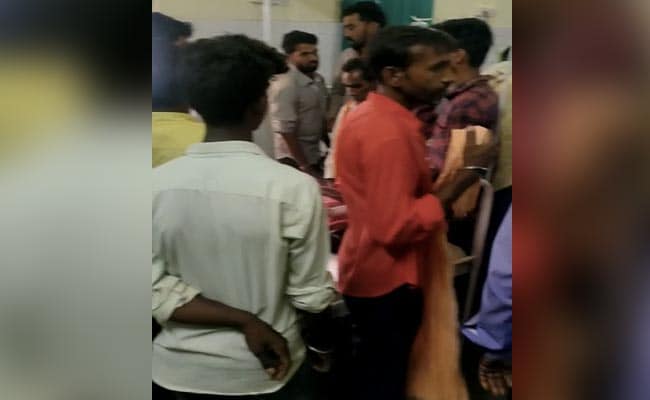 Senior officials reached the spot soon after being alerted about the incident.

Five persons, including three brothers, died and another one complained of difficulty in breathing on Wednesday after allegedly inhaling suspected poisonous gas inside a well while cleaning it at a village in Balaghat district of Madhya Pradesh, a police official said.

Initially, two persons had entered the well to clean it. When they did not come out for a long time, the owner of the well, Puneet Khurchande, and three others climbed down to see what was wrong, he said.

“However, three of them also got affected by the suspected poisonous gas emanating from the well while the fourth one complained of difficulty in breathing,” he said.

Soon, villagers raised an alarm, after which the bodies of the five, identified as Tameshwar Bilsare (20), Puneet Khurchande (32), Pannu Khurchande (30), Mannu Khurchande (27) and Teejalal Markam (32), were moved out of the well by the authorities with the help of local people.

The sixth person, identified as Palak Khurchande, somehow survived, complained of breathing difficulty and he was rushed to a hospital.

Senior officials reached the spot soon after being alerted about the incident.

The district collector announced immediate assistance of Rs 20,000 each and appealed to the villagers not to risk their lives by entering the well.