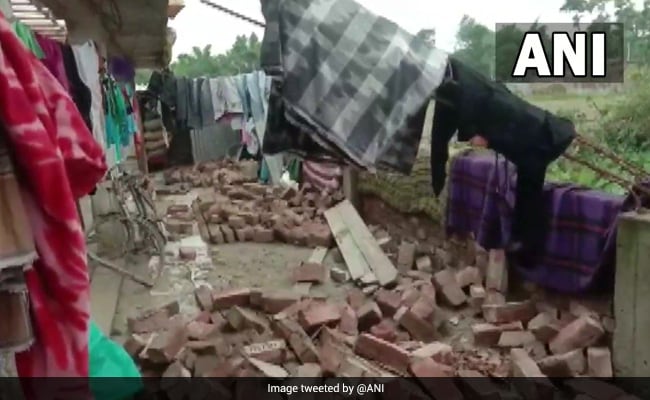 Roofs of several houses were blown away due to the storm.

As many as 33 people in the 16 districts of Bihar died yesterday due to the storm and lightning.

Chief Minister Nitish Kumar has announced a financial aid of Rs 4 lakh to the family of people who lost their lives in the incidents. The chief minister’s office said that after assessing the crop and house damage, instructions will be given to provide assistance to the affected families.

The storm that occurred in the city on Thursday evening, has destroyed several houses and caused immense damage to the state.

The locals in Katihar were affected by the destruction due to the natural calamity. for the first time. The intensity of the storm was such that even the roofs of several houses were blown away, while some electric poles fell off and trees were uprooted.

Expressing grief over the loss of lives due to storms, Mr Kumar said “the government will grant aid of Rs 4 lakh each to the family of those who died due to the storm and lightning.” (He tweeted in Hindi)

Prime Minister Narendra Modi tweeted in Hindi, “Deeply saddened to know about the number of deaths due to thunderstorm and lightning in several districts of Bihar. May God give strength to the bereaved families to bear this immense loss. The local administration under the supervision of the state government is actively engaged in the relief and rescue work of the victims”