42 Died In Over 2,000 Fire-Related Incidents In Delhi, A Record For May 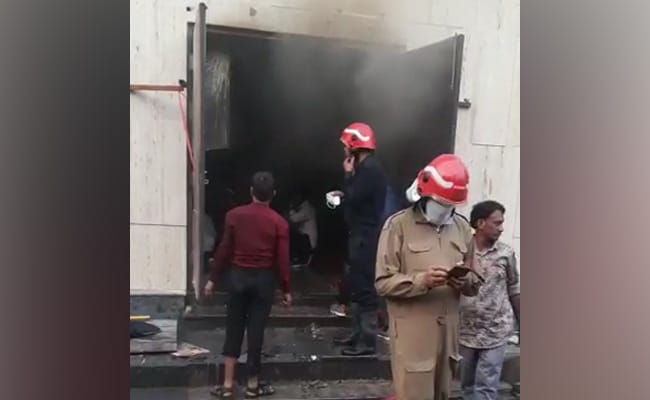 Amid scorching temperatures and heatwave conditions, the national capital has witnessed till May 19 over 2,000 fire-related incidents which has claimed the lives of 42 people and injured 117 others, the Delhi Fire Services said on Friday.

According to a data accessed by PTI, the DFS received 2,145 fire-related calls, 117 non fatal cases and 42 deaths in the first 19 days of May this year. The fire department said the figure of 2,145 incidents is the highest in May so far as compared to the same period in the last three years.

Fire department officials here said the major incidents in May this year included the massive blaze that engulfed a factory in outer Delhi’s Mundka in which at least 27 people died and 16 were injured.

The bodies were charred to the extent that DNA profiling was required to identify these them, they said.

This was followed by another incident in northeast Delhi’s Mustafabad area on May 19 in which a 42-year-old man was killed and six others were injured.

In an another such incident on the same day, fire broke out at a cello tape manufacturing factory in outer Delhi’s Bawana Industrial Area but no casualties were reported in the incident.

Of the 2,145 fire-related calls, most were reported from either factories, slum clusters or commercial buildings, officials said.

They said most of the factories or commercial buildings where fire broke out the owners did not have a No Objection Certificate (NOC) from Delhi Fire Services.

Atul Garg, Director, Delhi Fire Service, said with rise in temperature everyday during summer, especially in April and May, the capital witnesses maximum incidents of fire and with each passing day, the incidents has only been rising.

“Our fire department personnel are fully prepared to deal with the challenges ahead. We have required manpower and equipments to deal with any major fire-related emergencies in the national capital,” he said.

“If we analyse each fire incident this month — from May 1 to May 19 this year — we have received 2,175 fire-related calls. In none of the fire-fighting operations we have required help or assistance from any other agencies to douse fire…”, Mr Garg said.

The DFS director said currently there are 65 fire stations across Delhi having iver equipments to fight blaze as well as 2,700 workforce capacity.

“During winters, there is less number of fire incidents as compared to summer. So, we start preparing for the hectic schedule right from summer. This includes cleaning and repairing fire tenders and other fire-fighting equipments,” he added.

Listing the challenges during such operations, officials said many of these areas where fire occurs are congested places and the reach of fire tenders then becomes limited and takes time.

Most of the callers do not inform what kind of materials are stuffed or being manufactured in factories, rescue operations faces challenge if no one informed about people being trapped under the debris. Highly combustible materials and lack of emergency exits, functional fire fighting equipments is another factor, they said.