Australia Shows The Door To Scott Morrison. What Changes Now 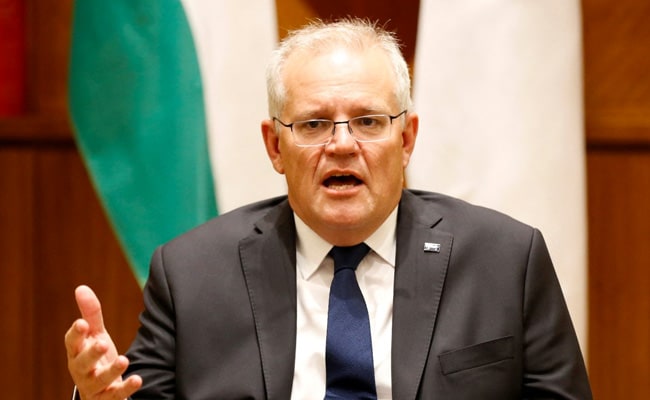 Australia’s new leader Anthony Albanese has promised big changes after nine years of conservative rule, from stepping up climate action to boosting indigenous rights and cracking down on political corruption.

Albanese promises to “end the climate wars”, an allusion to a decades-long mining-or-climate debate in a country dependent on massive fossil fuel exports but a victim of ever fiercer fires, floods and droughts.

Australia’s new government will cut carbon emissions by 43 percent by 2030 from 2005 levels, he says. The current promise is to lower emissions by 28 percent in that time, largely through technological advances — some as yet unknown.

However, it has made no promise to close coal mines, or even to stop opening new ones.

Australia’s new government promises to call a referendum on changing the constitution to extend indigenous rights as a “priority”.

Labor vows to carry out proposals set out in a document called the “Uluru Statement from the Heart”, crafted in 2017 by a gathering of more than 250 indigenous representatives.

Indigenous campaigners want a “Voice to Parliament” guaranteeing that First Nations people are consulted about policies that will affect them.

“We will be even stronger, more cohesive and more proud if we do this, if we recognise that our history didn’t begin in 1788. It’s 65,000 years of the oldest continuous civilisation on the planet,” Albanese said on the campaign trail.

Albanese says the “first pillar” of Australia’s foreign policy is its alliance with the United States.

He supports a long-term alliance, AUKUS — agreed last year with Britain and the United States to equip Australia’s navy with nuclear-powered submarines.

The new Australian leader has promised, too, to strengthen relations in the Asia-Pacific region.

He will attend a Quad meeting with the US, Japanese and Indian leaders in Tokyo on Tuesday.

But Albanese says his next visit will be to Indonesia, seeking to forge stronger relations with the growing economic power as “an absolute priority”.

In dealing with the “more aggressive” posture of China in the Asia-Pacific region, he says the new government will still “stand up for Australia’s values”.

Albanese has criticised the previous government’s handling of relations with the Solomon Islands, which recently signed a defence agreement with China. He predicts that a more ambitious climate change policy will improve relations with Pacific island nations threatened by rising seas.

Asked to describe what he can bring to the job of prime minister, Albanese said: “Integrity and the capacity to take responsibility.”

The Labor leader has scorned Morrison for not owning up to his mistakes.

He reminded voters of when the prime minister took a Hawaiian holiday during the 2019-2020 Black Summer bushfires and told reporters on his return: “I don’t hold a hose, mate.”

While Morrison admitted he had acted as a “bulldozer” to get things done during fires, floods and the Covid-19 pandemic, Albanese is promising a “no-one left behind” mantra to take care of society’s least fortunate.

“I don’t pretend to be perfect. What I do, though, is accept responsibility. And I step up and I won’t go missing,” Albanese said on the eve of his election.

Albanese has promised to set up a “powerful, transparent and independent” federal anti-corruption watchdog by the end of this year.

Every Australian state has its own anti-corruption body, but the outgoing prime minister failed to deliver on a three-year-old promise to create one for federal crimes.