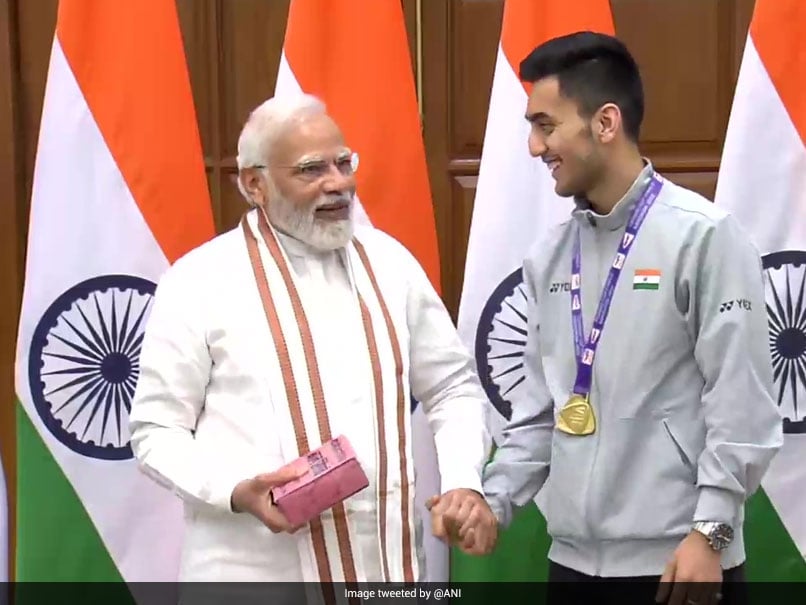 India made history last week by beating 14-time and defending champions Indonesia in the final to clinch a maiden gold medal at the Thomas Cup. Never in the history of the sport had India even qualified for the final, but they overcame all odds to send the country into ecstasy. World number 11 Kidambi Srikanth defeated higher-ranked Jonatan Christie to wrap up a 3-0 victory and trigger wild celebrations in the Indian camp as their players stormed the court with the national flag. On Sunday, Prime Minister Narendra Modi interacted with India’s Thomas Cup heroes as well as the Uber Cup contingent.

The Prime Minister hailed the India’s “‘Yes, we can do it'” attitude, saying it has become the new strength in the country.

“The ‘Yes, we can do it’ attitude has become the new strength in the country today. I assure you that the government will give all possible support to our players: PM Narendra Modi during interaction with the badminton contingent for Thomas Cup & Uber Cup,” PM Modi was quoted as saying by ANI.

One of the heroes of India’s Thomas Cup triumph, Lakshya Sen revealed that PM Modi had asked him to get Almora’s famous ‘bal mithai’.

“He pays attention to small, small things. He knew that Almora’s bal mithai is very famous, so he had asked me to get it. I got it for him. And he also knew that my grandfather and father also used to play. These small things are very important. Such a big man is saying these things to you, so it feels very nice to talk to him,” Lakshya Sen said.

Sen had given India a huge win in the first match of the final against Tokyo Olympics bronze medallist Anthony Ginting. The 20-year-old shuttler had come back from a game down to beat the Indonesian.