Case Against Owners Of Gujarat Factory After Wall Collapse Killed 12 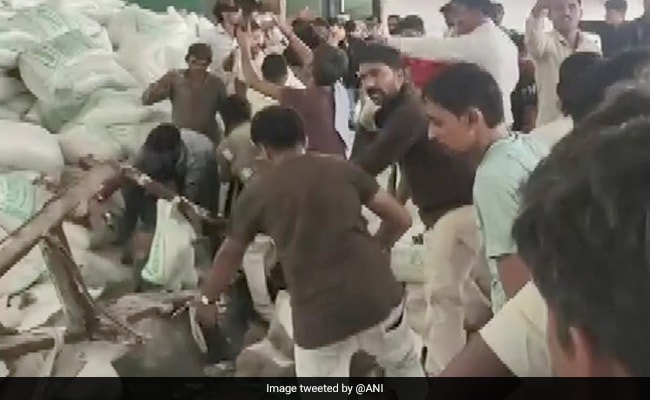 Police have filed a case of culpable homicide not amounting to murder against eight persons, including three owners of a salt processing and packaging firm in Halvad town of Gujarat’s Morbi district where 12 people, mostly workers, were killed when a wall in its premises collapsed on May 18, an official said on Friday.

These eight persons, five of them supervisors of the unit, were booked under section 304 of the IPC (punishment for culpable homicide not amounting to murder) and also relevant provisions of the the Child and Adolescent Labour (Prohibition and Regulation) Act, 1986, as two of the deceased workers were minors, the official said.

“We lodged an FIR on Thursday against eight persons, including three partners of Sagar Chem Food Industries, (a salt processing and packaging firm). Five accused shown in the FIR were detained for further questioning,” said inspector of the Halvad police station KJ Mathukiya.

However, he did not disclose who among the accused have been detained.

At least 11 labourers, including five women, and a three-year-old boy were killed when a partition wall collapsed at the factory on May 18 when workers were busy packing salt in bags.

As per the FIR, the factory management used to stack bags of salt alongside the partition wall that separated the godown and packaging area.

“It was revealed that the wall was constructed directly from the floor level without preparing any plinth or concrete columns. Despite knowing that the wall is weak, a large number of salt bags were stacked alongside the wall. Finally, the wall could not bear the pressure and collapsed on workers in the packaging area,” said the inspector quoting the FIR.