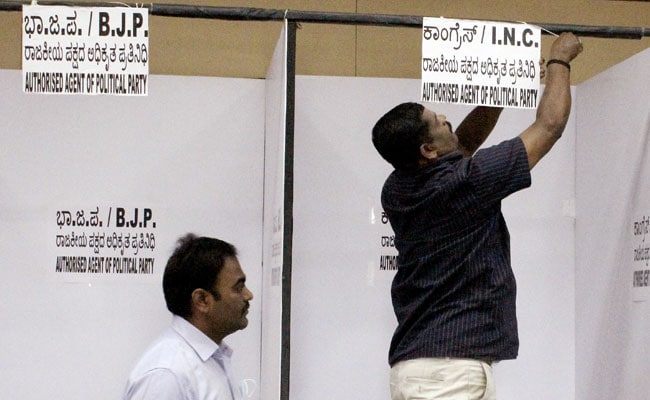 Legislators from four states queued up to vote for 16 Rajya Sabha seats on Friday, with some being ferried from resorts they had been sequestered in amid fears of poaching by rivals.

Some legislators allegedly cross-voted for the nominees of the rival parties in the high-stakes race to the Upper House.

The cross-voting is significant as the number of candidates exceeds the seats in the four states – Rajasthan, Haryana, Karnataka and Maharashtra.

Shobha Rani Kushwaha, the BJP candidate from Dholpur in Rajasthan, was voting when her party’s poll observer Rajendra Rathore took her vote slip, which is against the rules. Ms Kushwaha, reports said, was going to cross-vote for the Congress candidate, Pramod Tiwari.

BJP MLA from Garhi in Banswara, Kailash Chandra Meena, faced a technical objection about the validity of his vote. Sources said he erroneously ended up showing his vote to Congress state president and polling agent Govind Singh Dotasra.