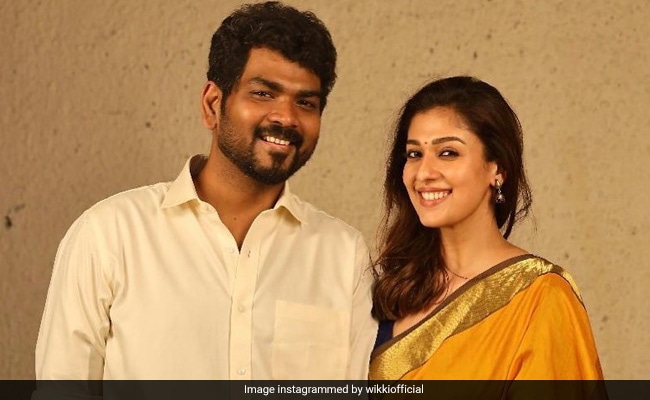 Nayanthara and filmmaker Vignesh Shivan are reportedly set to marry on June 9 (tomorrow) at a resort in Mahabalipuram, India Today, Indian Express and other sites reported. During a conference in Chennai, the Kaathuvaakula Rendu Kaadhal director revealed his and Nayanthara’s wedding plans. He revealed that they initially decided to get married in Tirupati. However, due to logistics issues, they decided to change the wedding venue. Vignesh Shivan said: “Like how your blessings have been there for me professionally, I needed those for my personal life as well. I am moving onto the next stage of my personal life. On June 9, I am getting married to love of my life, Nayanthara. It is going to be an intimate event at Mahabalipuram with family and close friends. Initially, we planned to get married at Tirupathi temple, but due to logistics issues that didn’t happen. After the marriage, in the afternoon, we will share our pictures with you all. On June 11 afternoon, Nayanthara and I will meet you (media) all and we will have lunch together.”

According to reports, the guest list will comprise some of the biggest names of the Indian film industry – Rajinikanth, Kamal Haasan, Chiranjeevi, Suriya, Ajith, Karthi, Vijay Sethupathi, Samantha Ruth Prabhu will reportedly attend the wedding and the reception.

Another report regarding the star couple’s wedding that is doing the rounds is that filmmaker Gautham Menon will direct the wedding ceremony, which will later be made into a documentary and it will be sold to an OTT platform. for a whopping price. The wedding documentary will reportedly premiere on Netflix.

Nayanthara and Vignesh Shivan started dating in 2015 when the couple was working together on Naanum Rowdy Dhaan. In 2016, the couple confirmed their relationship at an award ceremony.