How Key Ukraine City, Near Russia Border, Is Preparing For Fresh Assault 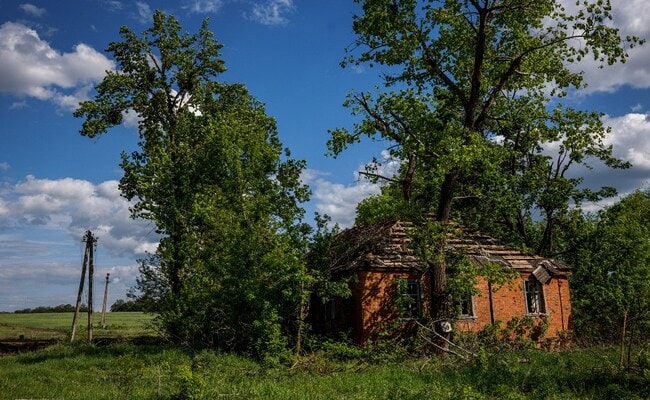 Ukraine War: Directly to the east of Kharkiv, a recently built trench runs from a house that was bombed.

New trenches, concrete blocks, sandbags and numerous checkpoints appear to be everywhere around Kharkiv, which has pushed back one Russian assault on Ukraine’s second city, and is preparing to defend against another.

A pink stuffed toy marks the entrance to one freshly dug trench in the regional capital.

The cut earth is still soft and black and the soldiers are down to their vests, soaking up the sun.

Tensions have eased in this northeastern corner of Ukraine, but Kharkiv, just 50 kilometres (30 miles) from the Russian border, remains under permanent threat, and a second line of defence has been organised behind the first.

“When we were here on the 24th of February there were no positions at all,” says “Doctor”, a medic with the National Guard, referring to the day the Russian invaded.

“Our warriors were laying by the road behind hills and were shooting, we had fire contacts,” he explains.

“But now when we have trenches, we have well protected zones, so for them, it would be impossibly hard to capture (this position),” adds the nurse who agreed to give a guided tour of just a few dozen metres of the site, which falls under military secrecy rules.

Nearby stands a car daubed with the inscription “Skill to kill”.

Directly to the east of Kharkiv, a recently built trench runs from a house that was bombed and burnt out during the first Russian attack.

The trench line heads off to the south in a zigzag intended to limit the destruction a shell would cause.

The fortifications double back like a maze, which the army refuses to allow reporters to visit. Further down, bunker positions can nonetheless be seen, built up higher on concrete blocks.

Wooden crates line the ground so people can walk around without sinking into the mud when it rains.

“Now our armed forces of Ukraine are in counter-offensive, repelling the enemy from our own territories,” Doctor says in English.

“Sometimes we could be under the shelling as well, but we are here and do not let anybody capture the city.”

‘We have a problem’

Kharkiv lies well within the Russians’ range, and every night shells hit the town where the remaining population has learned to live with the boom of artillery from both sides.

One woman, who has lived in the city’s metro since the fighting started, says Ukraine is waiting for Western aid to arrive, and particularly “American armaments which will help us win” the war.

On the roads leading out of the city — some of which have been closed off — men and women civilians help soldiers to fill sandbags for the checkpoints.

“We have a problem, we are at war,” jokes a soldier as he checks a vehicle and turns it back.

“Doctor”, who is a nurse, voices confidence the Russians will not be in the region much longer.

“They use drones to see our position,” he says.

And yet, he knows there may be plenty more fighting to do.

They have been holding the position for nearly three months, he points out.

“Everyone is ready, we all have fighting spirit,” which he knows from talking to people every day, he says.

“Nobody is going to run or retreat. We are the national guards, and we are going to hold our place and our city till the end.”