How Rubina Dilaik And Others Are Prepping For The “Game” 12, -share market daily 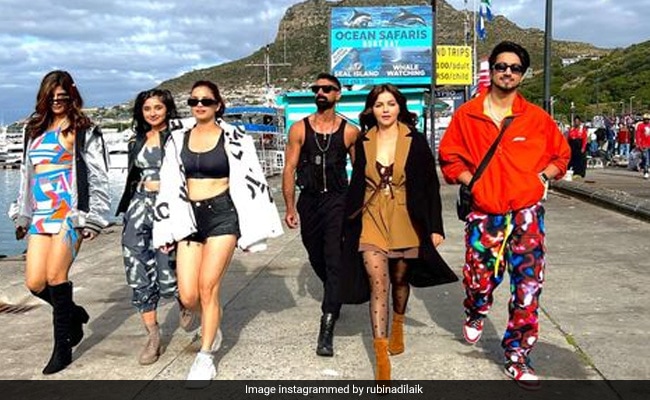 Khatron Ke Khiladi 12 is all set to be aired on television. And, the contestants, in this season, are already setting our screens on fire.

Rubina Dilaik, who is one of the participants, is all set to win our hearts through this game show.

Her latest Instagram post reveals her excitement as she steps into the team to overcome her fears and face various challenges. She has posted a photo that featured Erika Packard, Kanika Mann, Faisal Shaikh and Chetna Pande. In the photo, Rubina is wearing a blazer dress and boots. Rubina looks splendid as she walks down the street with the other contestants. A confident Rubina, in her side note, wrote, “Braving up the game.”

The 12th season of Khatron Ke Khiladi has all of us hooked to our seats. Jha, Shivangi Joshi, Aneri Vajani, and Jannat Zubair Rahmani are also part of the show. The shoot is taking place in Cape Town, South Africa.

Before leaving for Cape Town, Rubina Dilaik was seen soaking under the Sun in Goa. The vacation diaries from the beach destination served us with several beautiful photos. The pics show Rubina taking a dip in a swimming pool. In the caption, she dropped a bikini and pink heart emojis. For sure, we are floored.

We are more than overjoyed to see Rubina Dilaik’s participation in Khatron Ke Khiladi 12. After all, the Big Boss 14 winner is often seen taking care of her body and keeping herself fit. Her aerial yoga session left us stunned, to say the least. This unique workout routine involves stretching the body while hanging from a rope. The caption read, “The pain of regret is greater than pain of discipline.”