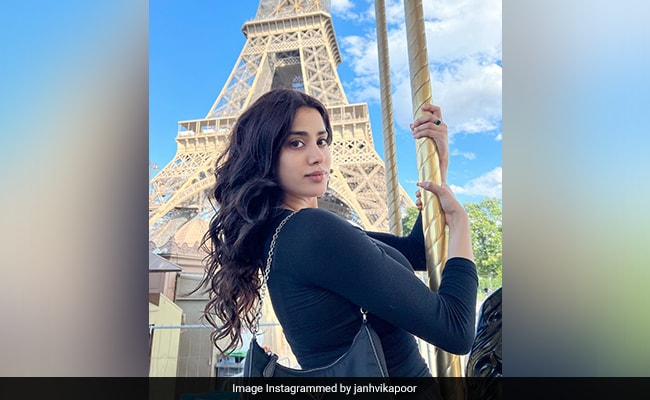 Janhvi Kapoor took some time out of her busy life and spent some time in France, pictures which she shared on her Instagram profile. We got a glimpse of the Eiffel Tower in the backdrop in one of the pictures. Janhvi Kapoor captioned the post: “Vive La France.” In the comments section, Janhvi’s sister Anshula Kapoor wrote: “FOMO” ( fear of missing out). Janhvi and Khushi are late actress Sridevi and film producer Boney Kapoor’s daughters. Anshula and Arjun Kapoor are Boney Kapoor’s children with their first wife Mouna Shourie.

When Janhvi Kapoor is not occupied with shoots, she is busy travelling. Here’s a post from her “Ooty diaries.”

Janhvi Kapoor managed to explore Rajasthan in 40 hours. See her post for context.

When in New York, do as Janhvi Kapoor does.

Sometimes, she travels with fellow actors – Sara Ali Khan is her travle buddy.

On the work front, Janhvi Kapoor’s line-up of film includes comedy Dostana 2, which was meant to star Kartik Aaryan earlier. The film’s revised cast has not been announced as of now. She will also be seen in Good Luck Jerry and Mili.

The actress was last seen in the horror comedy Roohi, with Rajkummar Rao and Varun Sharma. The actress, who made her Bollywood debut with the 2018 film Dhadak, opposite Ishaan Khatter, has featured in films like Netflix’s Ghost Stories and Gunjan Saxena: The Kargil Girl.