Jasmin Bhasin Did The Most “Mandatory Maldives” Thing 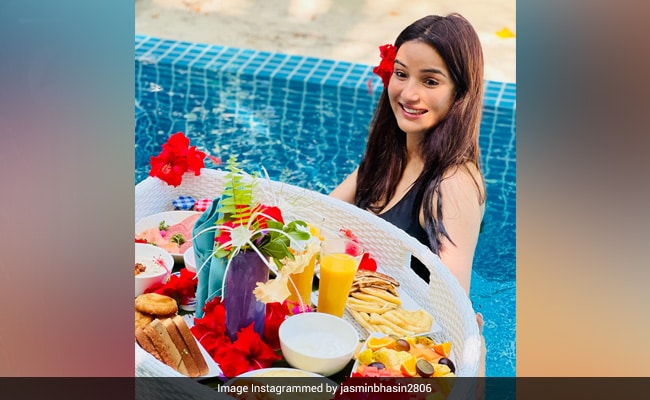 Among the many things that one must do while vacationing in the Maldives, having floating breakfast in a pool tops the list. And, seems like actress Jasmin Bhasin agrees with us. Jasmin, who flew to the beach destination on Friday (as per her Instagram stories), is making every moment count on the island. On Saturday, she posted two photos and a video of herself posing with a floating breakfast tray filled with fruit and rich delicacies. In the pictures, Jasmin looks every bit gorgeous in black swimwear. She is flashing her bright smile at the camera in the photos and videos. Sharing the photo-video album, the actress tagged the villa where she has been staying on her holiday and wrote: “Mandatory Maldives floating breakfast.” We feel you, Jasmin.

Check out her latest pictures from her beach vacation here:

On Friday, Jasmin Bhasin posted a series of pictures and videos after touching down on the Maldivian shores. Jasmin Bhasin has also shared a happy picture of herself enjoying a sunset at the scenic location. 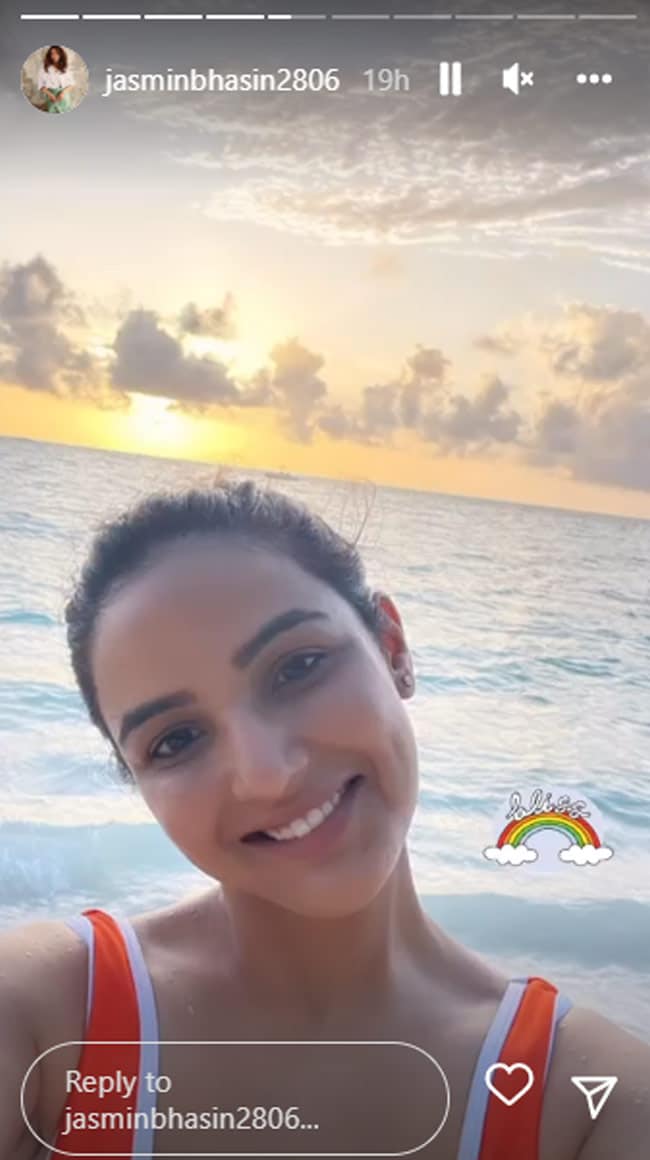 Did you check out this adorable boomerang featuring Jasmin Bhasin from the Maldives? 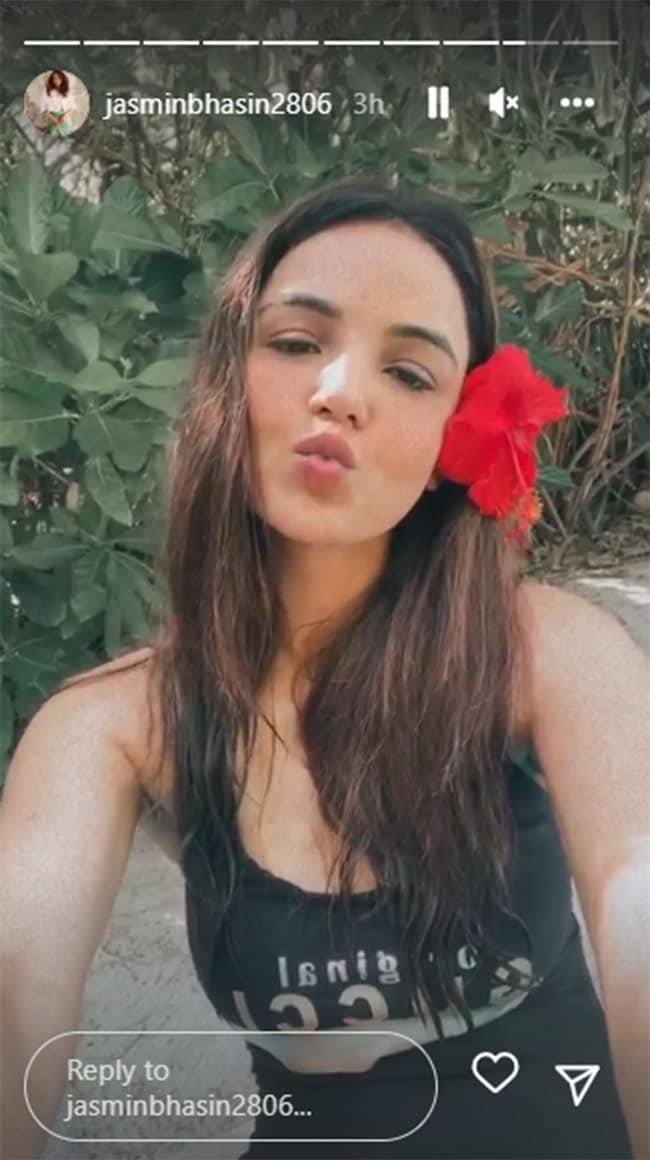 Jasmin Bhasin and Aly Goni have been trending big time on social media after rumours about their wedding surfaced on the Internet. It all started when Aly and Jasmin announced that they have taken permission from their parents and they will soon set a date. The couple often paints Instagram red with their mushy posts. On Eid this year, the actress shared a set of lovely photos with Aly and his family. She looked pretty in a green traditional outfit.

In terms of work, Jasmin Bhasin is best known for her performances in TV series like Tashan-e-Ishq, Dil Se Dil Tak, Dil Toh Happy Hai Ji and Naagin 4. She has worked in a couple of south films like Vaanam, Beware Of Dogs, Veta, Ladies And Gentlemen and Jil Jung Juk.