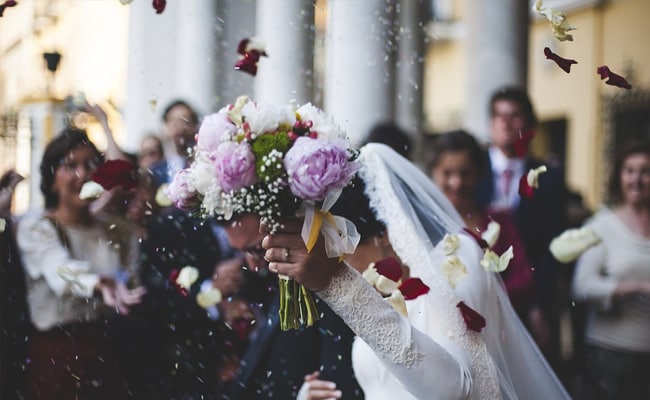 The couple will be celebrating their honeymoon in Australia. (Pixabay/Representative photo)

A 95-year-old man has shown that it is never too late to find one true love as he tied the knot for the first time in his life after finding his dream woman. According to Wales Online, Julian Moyle first met his wife Valerie Williams, 84, in a church 23 years ago, however, he did not get down on one knee until very recently when he proposed in February.

Now, the couple got married on May 19 in the very same church they met in, in Cardiff, UK. The ceremony was conducted at the Calvary Baptists Church and around 40 friends and family attended the service.

“She’s so so kind and giving you know,” Mr Julian said of the new Ms Valerie, before turning to her and adding: “I’m looking forward very much to your companionship.”

Speaking about their emotions on their big day, Ms Valerie said “I can’t believe it,” while Mr Julian described it as “marvellous” and “like a new year”. The couple said that they are looking forward to “just being together”. They also added that they will be celebrating their honeymoon later this year with a trip to Mr Julian’s homeland, Australia.

Further, when asked how it feels to finally be married, the 95-year-old quipped that he can’t remember any other marriages. Mr Julian went on to say, “It’s like Janus, who had a face on the front of his head and another one on the back of his head, so he could look into the future and into the past. It’s like a new year, isn’t it, in a way? So I’m looking very much to your companionship.”

Ms Vallerie, on the other hand, described her husband as a “fine gentleman”, while Mr Julian described his wife as “Simpatico”. “She’s so, so kind and giving. – loving and giving,” the 95-year-old said.

As per Wales Online, Mr Julian emigrated from Australia to the UK in 1954 and was the first soloist in the Welsh National Opera between 1970 and 1982. In a nod to his past career, an opera singer also performed during their wedding day.