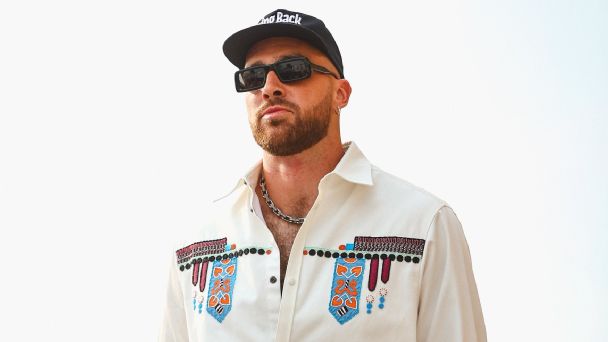 Week 2 of the NFL’s 2022 regular season is here, and the stars are looking stylish on their way to the games.

On Thursday night, Patrick Mahomes and the Kansas City Chiefs host Justin Herbert and the Los Angeles Chargers in a battle of potential Super Bowl contenders. That’s a thrilling prelude to Sunday’s action, which features plenty of exciting matchups as well — Lamar Jackson and the Baltimore Ravens facing off against Tua Tagovailoa and the Miami Dolphins, for example, or Tom Brady and the Tampa Bay Buccaneers trying to solve the New Orleans Saints’ defense.

We also have two excellent matchups on Monday Night Football. Josh Allen and the potential juggernaut Buffalo Bills look to avenge last year’s last-second loss to the Tennessee Titans in the early game, while the Philadelphia Eagles look to prevent Justin Jefferson of the Minnesota Vikings from repeating his 184-yard, two-touchdown performance in Week 1.

But enough about the matchups. Let’s get to the fits.

Mahomes opted for a casual look with sunglasses and distressed jeans ahead of Thursday’s AFC West battle. Tight end Travis Kelce went for a stark white shirt with patterns across the chest and arms. Chargers wideout Mike Williams rocked a puffy black vest over a white T-shirt and jeans.

stales + herbo in the building 🔒 pic.twitter.com/87HH8O5lbL