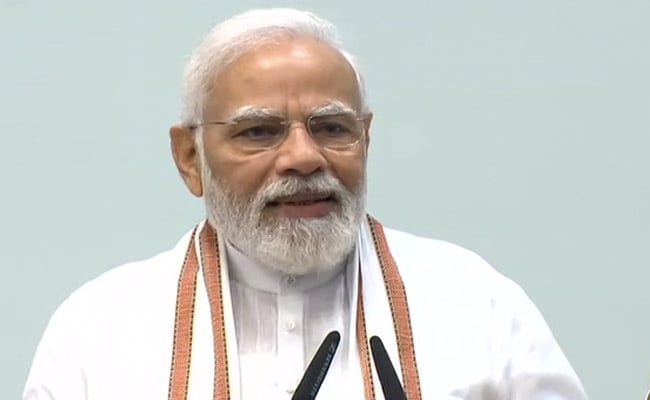 Prime Minister Narendra Modi met Indian shuttlers today and held a brief “question and answer” round with the players on their experiences from the recently-held Thomas Cup and Uber Cup. During the interaction, which took place days after the Indian team won its first-ever Thomas Cup crown, the players also talked about different aspects of their game and life beyond badminton, PM Modi said in a Tweet.

The badminton players said they were “proud that we have the backing of our Prime Minister”.

Speaking about the interaction, one of the heroes of the win, Kidambi Srikanth said,”PM took so much time out of his busy schedule to meet us. He also called us immediately after the final, and also spoke to us, and congratulated us. These kinds of things definitely help all the players to do well. This is something that is unmatchable”.

Interacted with our badminton champions, who shared their experiences from the Thomas Cup and Uber Cup. The players talked about different aspects of their game, life beyond badminton and more. India is proud of their accomplishments. https://t.co/sz1FrRTub8

“PM follows the players and the sport, and his thoughts connect with the players,” P Gopichand said as he shared his experience of meeting PM Modi.

“I’ve been a player and won medals but have never been called by my Prime Minister,” Doubles coach Mathias Boe, who was part of the interaction with PM, told NDTV.

Last week, the Indian team scripted history by winning its first-ever Thomas Cup crown ever since its inception in 1949. The men’s team defeated Indonesia in the Finals, the most successful country to have won the Thomas Cup title.

Only five countries have won the championship title in the tournament’s seven-decade history: China, Malaysia, Indonesia, Japan, and Denmark.