PM Should Step In And Stop The Poison-share market daily 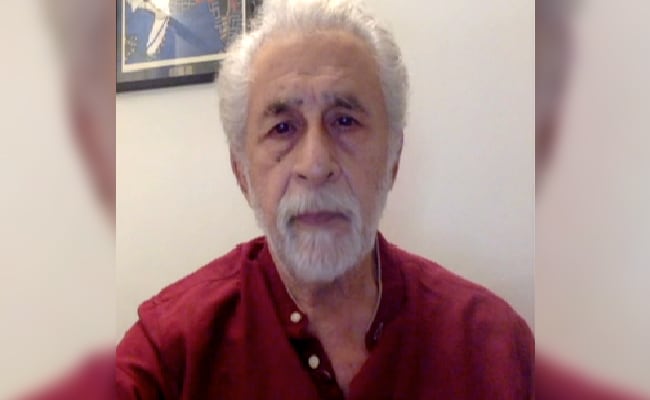 On Nupur Sharma facing death threats, Naseeruddin Shah said it should be condemned.

“I would appeal to the PM to knock some good sense into these people. If what he believes is what was said at the (Haridwar) Dharma Sansad, he should say so and if not, he should say so,” Naseeruddin Shah told NDTV in an interview.

“I wish that the hatemongers that the PM follows on Twitter…He has to do something. He needs to step in to prevent the poison from growing.”

Nupur Sharma, a BJP spokesperson, was suspended by the party over her comments on the Prophet during a TV debate 10 days ago, which have drawn furious reactions and official protests from at least 15 nations, including Iran, Iraq, Kuwait, Qatar, Saudi Arabia, Oman, the UAE, Iran, Jordan, Afghanistan, Bahrain, Maldives, Libya and Indonesia.

Another BJP leader, Naveen Jindal, was expelled for his post on Prophet Muhammad.

Nupur Sharma claimed she was reacting to “continuous insult and disrespect towards our Mahadev (Lord Shiva)” and withdrew her statement.

The government, attempting to defuse the anger, said the comments reflected views of “fringe elements”.

“The lady is not a fringe element. She is a national spokesperson,” Naseeruddin Shah said.

The 71-year-old actor, referring to Nupur Sharma’s comment on Hindu gods being insulted, said he couldn’t recall any instance when a Muslim made such an inflammatory statement on a Hindu deity.

“It was an insincere apology, hardly meant to assuage hurt feelings. You talk of peace and unity and you are sent to jail for a year. You talk of genocide, you get a slap on the wrist. There are double standards working here,” he said, referencing George Orwell’s 1984.

On Nupur Sharma facing death threats, he said it should be condemned.

“To even think that way is wrong. That is why Pakistan and Afghanistan are in the situation they are in. We don’t want to emulate these countries, but we are somehow doing so. People are killed on the suspicion of slaughtering cow. These things happened in barbaric Islamic countries – not India.”

The actor said he also blamed news channels for the hate talk.

“The hate is manufactured and it is a venom that spews when you are confronted with an opposing view. TV news and social media are responsible for this,” he said.

The renowned actor agreed that it had been building for years. “The fault lies with my parents’ generation. There were jokes made about you being H or M. Even if our parents were not fed hate, they had experienced Partition and it had been brewing for a long time and now gradually it has been legitimized,” he said.

On whether he felt the Khans of Bollywood should have spoken up on the current controversy, Mr Shah said: “I am not in the position they are in. But I think they are in a position where they have too much to lose. I feel they think they would be risking too much.”

He referred to the arrest of Shah Rukh Khan’s son Aryan Khan and the probe agency clearing him later.

“What happened to Shah Rukh Khan and the dignity with which he faced it was admirable. It was nothing but a witch-hunt. All he did was support Trinamool and applaud Mamata Banerjee. Sonu Sood gets raided. Anyone who makes any statement gets a response. Maybe I am next. I don’t know. (laughs) Though they won’t find anything.”

Mr Shah said despite everything, he did not feel marginalized or othered.

“I am in a fortunate position compared to a majority of Muslims in India who feel threatened or marginalised. I don’t feel marginalised. I am not unhappy in this country. This is the country I was brought up in and I am luckily in a position where I cannot be marginalised. It is not like my anti-establishment statements have prevented me from getting work. I am just hopeful that somehow good sense prevails. Personally speaking, I don’t feel left out. I am aware of my Muslim identity and my Muslim culture. My wife is a Hindu and we don’t feel held back. This hate wave will dissipate. Some day.”