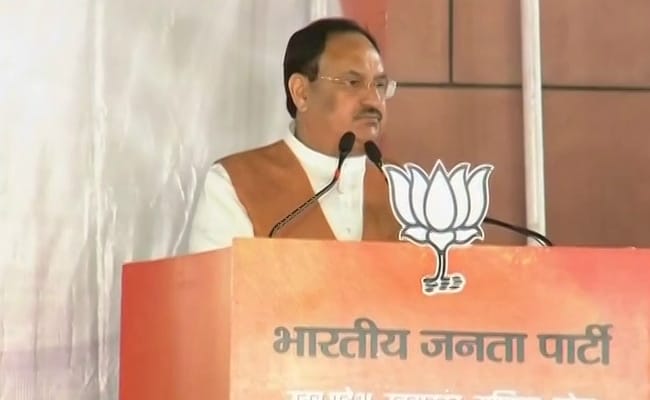 BJP says it will celebrate the Modi government’s 8th anniversary from May 30 to June 15.

Underlining that poverty has reduced during the last eight years under the BJP government, party president J P Nadda on Friday said Prime Minister Narendra Modi has started a new culture of development politics in the country while demolishing the politics of caste, dynasty and regionalism.

Talking about the years under the Modi government, Mr Nadda cited various reports stating that severe poverty has gone down in the country.

Hailing the prime minister, he said, “Modi’s leadership started a new culture of development politics by demolishing the politics of casteism, regionalism, communalism and dynasty.” Arun Singh also shared details of the BJP’s programmes for the upcoming days that were decided at the meeting.

The BJP will celebrate the Modi government’s eighth anniversary from May 30 to June 15 on the theme of ‘Sewa Sushashan’ and ‘Gareeb Kalyan’, he said.

On June 21, on the occasion of the International Yoga Day, the party will organise yoga shivirs at 75,000 locations across the country, he added.

Mr Singh said the BJP will also carry out plantation drives at the booth level in the memory of its founder Syama Prasad Mookerjee.

Discussing about the party’s recent “Know BJP” campaign, Mr Nadda said the BJP is working on the principle of ‘act locally, think globally’, and following this principle, the party will have interactions with more than 100 foreign envoys by June this year.