Fire Breaks Out At Pharmaceutical Company In Gujarat 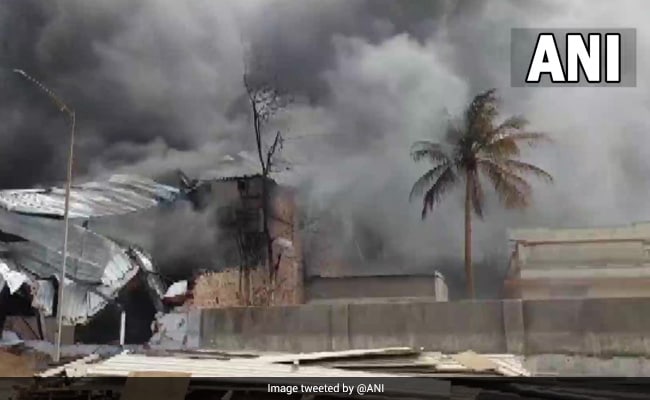 Gujarat Pharmaceutical Company Fire: The actual cause of the fire is yet to be ascertained.

A fire broke out in a pharmaceutical company in Kalol Gujarat Industrial Development Corporation (GIDC) on Sunday and about 10 firefighters have been deployed to put out the blaze.

According to the sub fire officer of Gandhinagar Fire Service, A J Gadhvi, the fire spread due to the barrels of solvent present in the company.

As per initial info, no workers were present at company premises at the time of the incident,but it can be confirmed only after fire is extinguished: Gandhinagar Fire Service pic.twitter.com/KO4YZoXll8

“As per the preliminary information, no workers were found at the premises, but it can be confirmed once the fire is brought under complete control,” he added.

The actual cause of the fire is yet to be ascertained.