Promoting Ravichandran Ashwin up the order turned out to be a tactical masterstroke for Rajasthan Royals. When the game became tight, his 40 not out off 23 balls became the decisive factor. Not often does Ashwin score his runs at a 173-plus strike rate. On Friday, he bossed an inexperienced Chennai Super Kings bowling attack.

No way does it belittle the all-rounder’s effort, a match-winning contribution despite Royals chasing a very gettable 151 for victory.

His knock was the most effective on the night, with Royals winning by five wickets and two balls to spare to cement their place in the top-two of the points table, thereby getting two chances of making the final. The best innings of the match, though, came from Moeen Ali.

A loud cheer greeted MS Dhoni’s announcement at the toss that he would be back next year. CSK carried the positive vibe, batting first. But Ruturaj Gaikwad got out in the first over.

In came Moeen and started to play an innings of such brilliance that the fans temporarily shed the Dhoni ditty and serenaded the left-hander with ‘Moeen, Moeen’ chants. 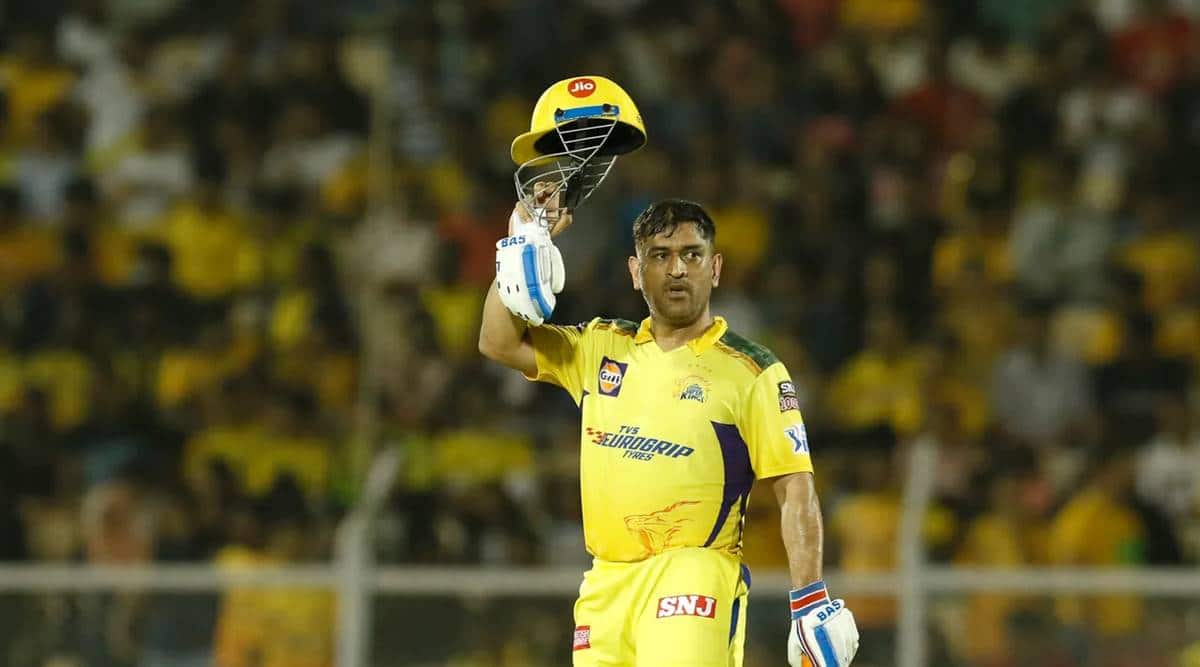 With their season done and dusted, CSK played this game for entertainment. And the spectators were entertained by arguably the best white-ball batting of the summer yet, as Moeen made run-scoring feel like music with the lightness of touch. Going beyond trophies and milestones, sport is basically about savouring moments. Moeen’s Powerplay batting was something to savour.

He used the bat like a magic wand and picked the gaps with precision. Not a single shot was played in anger. Moeen made room, opened up the offside and gently lofted an Ashwin delivery over cover for a six. His treatment of Trent Boult was a cultured decimation of the fast bowler. 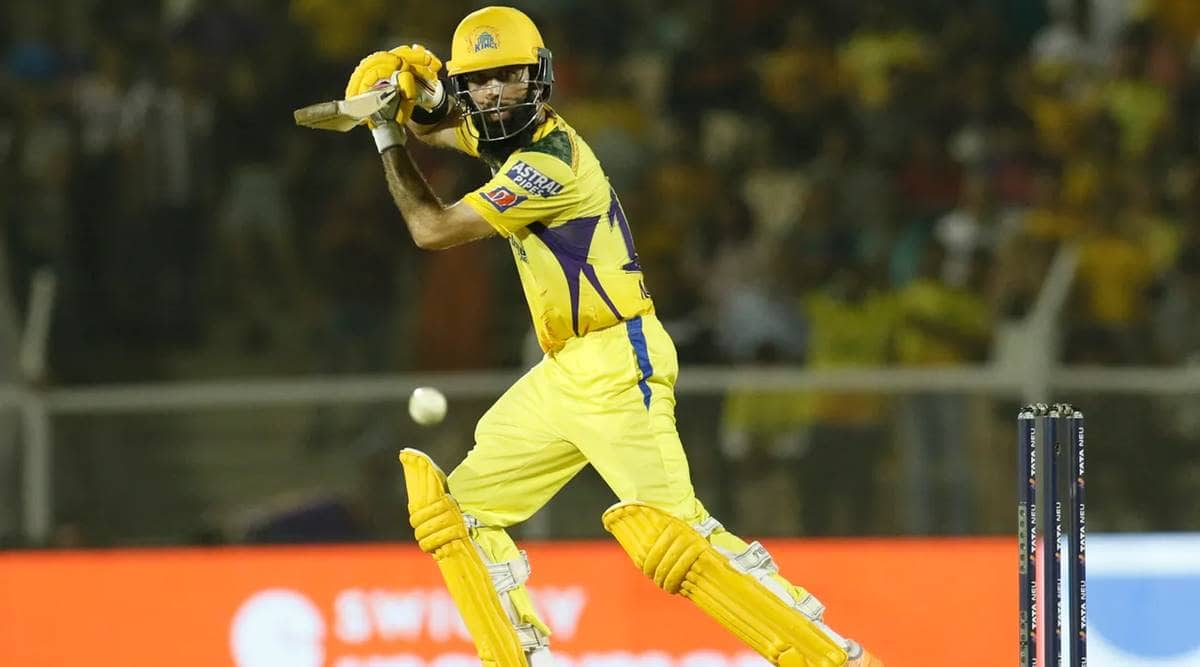 Boult bowled full on the legs. Moeen’s pick-up shot for six oozed lazy elegance. The next five balls went for five fours to complete a 26-run over. Intelligence and timing were the hallmarks of Moeen’s hitting – all proper cricket shots. The merry hitting took the batsman to a 19-ball half-century. Boult shook his head in disbelief.

Devon Conway at the other end had the box seat. He was purely Moeen’s support cast during that phase, but his presence to complement his partner was important for CSK. As it turned out, Conway’s dismissal – leg-before to Ashwin, missing a sweep – seriously hampered his team’s batting rhythm.

Narayan Jagadeesan couldn’t rotate strike and got out for 1. Ambati Rayudu was done in by a Yuzvendra Chahal leg-break and CSK lost the momentum, going boundary-less for 45 balls at one stage. The pitch became a tad sluggish and the older ball made free-scoring difficult for Moeen even. CSK were 94/3 after 10 overs. They added only 56 runs in the next 10. Moeen scored an exquisite 93 off 57 balls, but middle-overs batting yet again hurt the four-time champions. Going ahead, they also need a back-end marauder, as Dhoni’s career is gradually heading towards a golden sunset.

Credit must be given to Royals bowlers for pulling things back. Chahal (2/26) was excellent and Obed McCoy miserly (2/20). Ashwin came back well to claim 1/28. 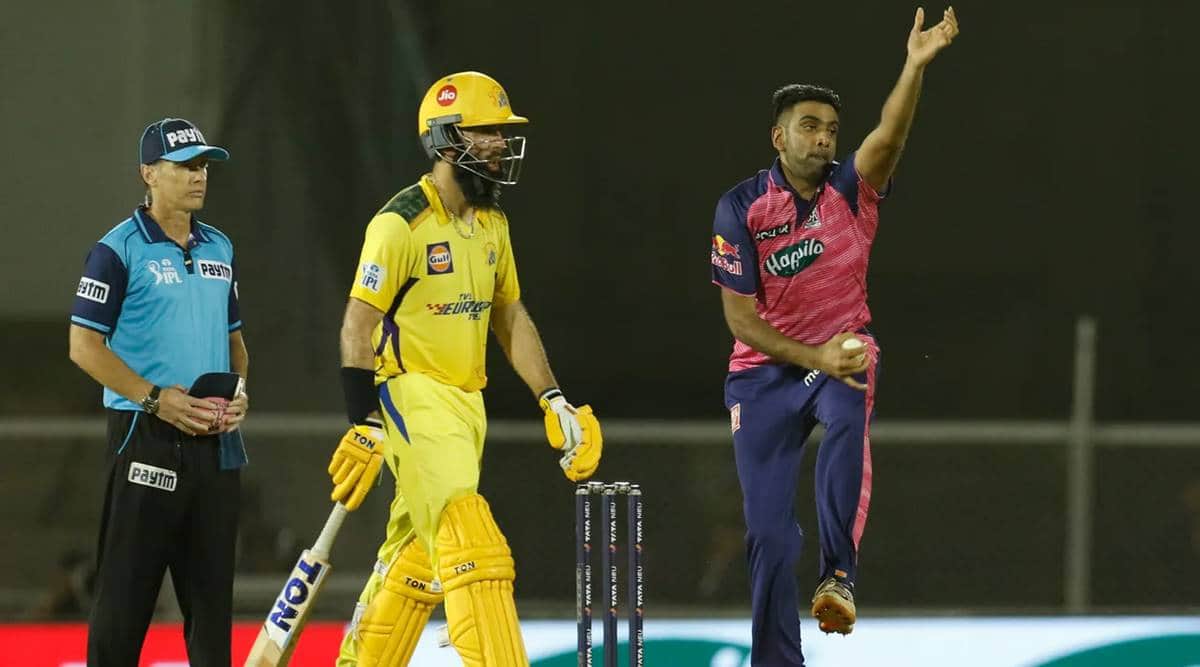 Royals were aiming for a top-two finish and two bites at making the final. Thanks to Yashasvi Jaiswal, they were off to a flyer. The first two balls from Mukesh Choudhary went for fours, Jaiswal driving on the up and through extra cover was top class. But Jos Buttler’s dismissal for two to a fine catch from Moeen at slip off Simarjeet Singh was a setback. For three innings on the spin now, the Royals talisman has fallen for single-digit scores, the law of averages probably catching up with him. But his team marched ahead, through a fine partnership between Jaiswal and Sanju Samson. 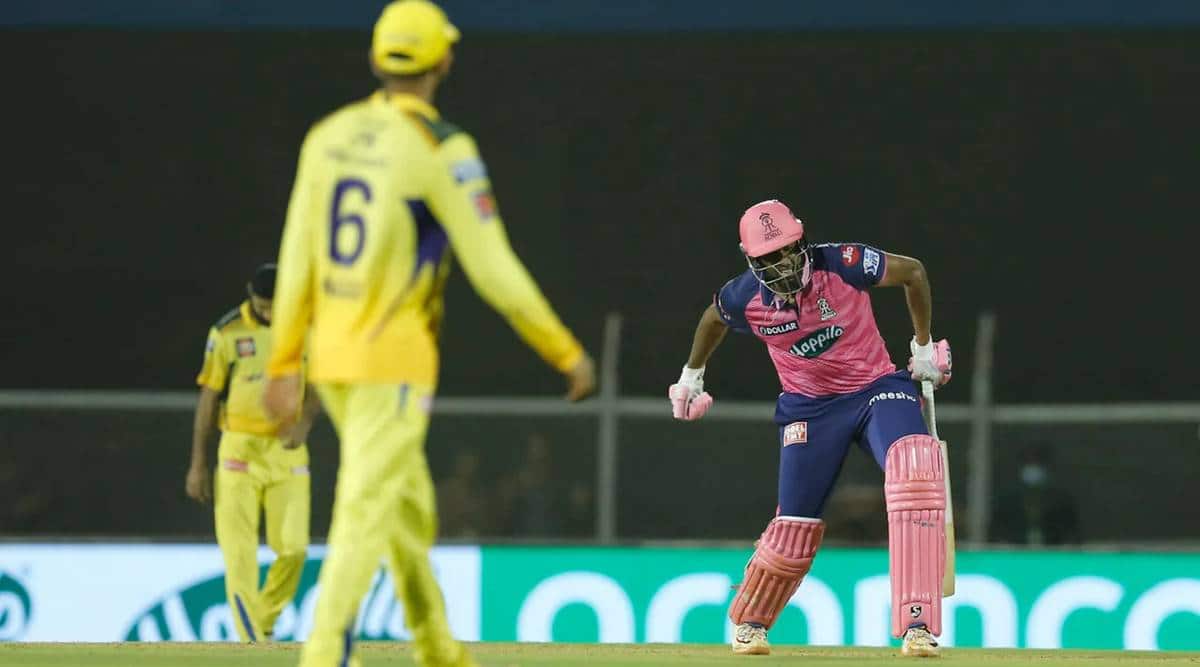 A superb return catch from Mitchell Santner nipped Samson’s promising innings in the bud and Devdutt Padikkal was done in by Moeen’s flight. Ashwin came at No. 5 and showed intent with a six against the off-spinner. Jaiswal at the other end had reached a 39-ball half-century, but the challenge for the 20-year-old was to show maturity beyond his years. Little wonder then that he was upset with himself after getting out to a Prashant Solanki half-tracker. He tried to hit the delivery a little too hard, mistimed it and holed out to Matheesha Pathirana at deep backward square. At 104/4 after 15 overs, it was anybody’s game.

A depleted CSK had a callow Solanki, Pathirana’s unorthodox action and the uncapped Choudhary to fall back on at the death. Royals boasted Shimron Hetmyer’s power-hitting pedigree and Ashwin’s innovations and intelligence. Solanki got rid of Hetmyer, but Ashwin was in fine hitting form and the asking rate was always under control. Pathirana in particular didn’t bowl to his field, making things easier for the batsmen and Ashwin saw things off to take Royals to a second-placed finish. The chest thumping added spice to his celebration.