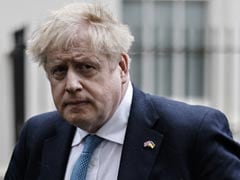 UK PM Boris Johnson secured the support of 59% of his lawmakers’ in no-trust vote over partygate. (File)

British Prime Minister Boris Johnson vowed late Monday to plough on with governing after winning what he called a “convincing” victory in a Conservative confidence vote, despite a sizeable rebellion.

“Of course I understand that what we need to do now is come together as a government, as a party. And that is exactly what we can now do,” he told reporters. “We’re going to bash on.”